The Pew Research Center recently released important new research on broadband access that demonstrate the importance of advancing low-cost, next-generation broadband for all residents — the mission of Next Century Cities.

The survey found a slight decline in broadband adoption in homes since 2013, with home adoption now sitting at 67%, but an increase in smartphone reliance. In total 80% of adults have either a smartphone or a home broadband subscription.

Some interesting findings from this recent survey include:

PINEVILLE, Ky. -  In the first meeting of 2016 at the Pine Mountain State Resort Park in Pineville, the Shaping Our Appalachian Region (SOAR) Executive Committee welcomed Governor Matt Bevin as the new co-chair of the organization. Gov. Bevin will serve alongside co-founder and co-chair U.S. Rep. Hal Rogers. “I am honored to be back in Southeastern Kentucky with this inspiring group of leaders. SOAR’s mission, vision and goals are critical as Eastern Kentucky fights to protect coal jobs and attract new opportunities to the region,” stated Gov. Bevin. “I’m proud to share with the SOAR Board and attendees that my budget fully supports the SOAR initiative and, more broadly, the Eastern Kentucky region.” At the meeting, Governor Bevin shared that in both years of the biennium his budget includes $2 million for the Kentucky Appalachian Regional Development Fund, $2 million for the Coal County Scholarship Completion program, fully supports the state’s contribution to Operation

WASHINGTON, D.C. - A new bipartisan bill aims to accelerate $1 billion in available funding in the Abandoned Mine Reclamation (AML) Fund to revitalize coal communities hardest hit by the downturn of the coal industry. The RECLAIM Act: Revitalizing the Economy of Coal Communities by Leveraging Local Activities and Investing More, was filed today by Congressmen Hal Rogers (R-Ky.), Matt Cartwright (D-Pa.), Evan Jenkins (R-WV.), Don Beyer (D-Va.), and Morgan Griffith (R-Va.). Coal communities throughout the United States have been struggling to cope with significant job losses after a decrease in nation-wide coal production in recent years, and the RECLAIM Act aims to support economic and community development projects in these areas. Specifically, the legislation releases $1 billion from the existing balance in the AML Fund to assist communities that have traditionally relied on the coal industry for employment or have recently experienced significant coal job losses. Under the plan, $200 million will be distributed to participating states annually for five years, and the legislation empowers States and Indian tribes to work with local communities to identify and fund economic development projects on AML sites."In Kentucky alone, we've lost more than 11,000 coal mining jobs since 2009. Instead of allowing those funds to go unused, now is the time to help our coal producing states reinvest in the coalfields with projects that can create new jobs and reinvigorate our

2015 Kentuckian of the Year: Jordan Smith 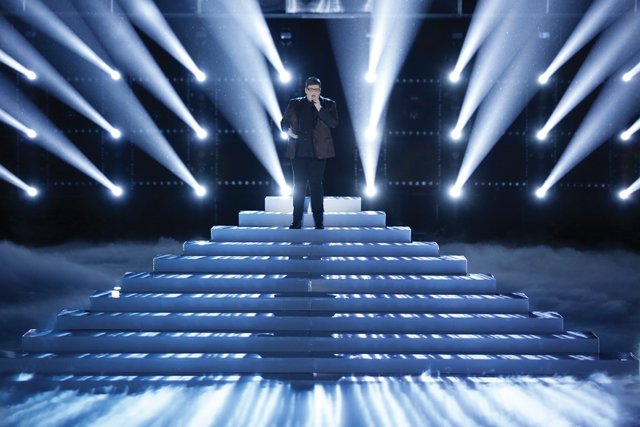